When a stranger comes to my door, our dog barks an alert.  She stands by my side and I feel safe.  But what would happen if police officers have the wrong house, and barge into our home, thinking they are coming in to find a bad guy, and have entered to serve and protect me.  Our pet dog would see these strangers as a threat and would try to protect us.  Sad to say her life would then be in danger.

A few days ago a local police officer shot and killed a dog, a beloved family member who had recently given birth to puppies. True, the dog was outside her apartment, but was running back to where she lived. The dog was shot in the back of the head. Read the story and judge for yourself. This sounds like an innocent dog to me.
Boise police officer shoots, kills dog

I have heard of too many cases of pet dogs being shot to death by police officers.  We need to do some educating, people.  Here is your chance.  I recently received this press release:

Hollywood, CA—Every 98 minutes a dog is shot by law enforcement. A new documentary from Ozymandias Media seeks to end this tragedy by bringing national attention to the issue.

PUPPYCIDE is a feature length documentary that takes a journey with victims of puppycide, the dogs and their owners. From the moment they meet and seal their emotional bonds to the excruciating trauma of loss, we follow the dog owners’ battles for justice with police culture and the legal system, both of which treat puppycides as acceptable collateral damage.

“We all love our dogs. To us, they are family. But law enforcement is treating them as a threat and shooting them with startling, and increasing frequency,” said Michael Ozias, director of PUPPYCIDE. “If more people know about this they will demand solutions. That is the power of a documentary and the reason we feel this film is so important.”

The directors are turning to Kickstarter to fund the documentary and grow a grassroots movement to end puppycide. Kickstarter is the world’s largest crowdfunding website.

“We believe in the power of film to reveal emotional truths, to take an audience on a journey that delivers them to a new place where they see the world differently,” said Patrick Reasonover, producer. “By putting our production experience into PUPPYCIDE, we believe that we can make a difference for millions of people and animals.”

Over the past three years, more than 5,000,000 people have viewed videos and web series produced by Ozymandias Media. These 80 works, be they documentary, animation, or narrative short, all have one thing in common: a mix of story and message. 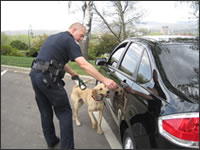