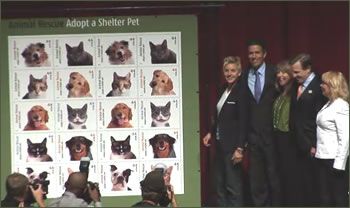 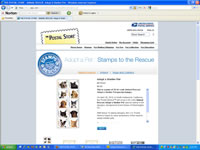 I came across this ingenious advertisement to encourage donations to Sydney Dog & Cats Home, Sydney Australia. What a wonderful idea.

Here is a review of the ad by Coloribus Advertsing

Creative Execution:
This idea was relevant because we created a ‘Wonder Dog’ for a dog’s home, and people love interacting with intelligent animals. The strength of the creative was that it used innovative media to encourage people to donate in a positive way and offer them an immediate reward.

In Australia, ‘throw us a bone’ means ‘please help us’. We created our own entertaining content, Frankie the Wonder Dog. We pioneered a convergent technology platform that enabled people to interact in real-time with him. People ‘threw’ Frankie a bone via SMS and received an instant dog trick in return. Every bone thrown was a $5 donation.

This clip showcases the work animation house Sixty40 did with ad agency M&C Saatchi and it’s digital arm Mark. This campaign won a coveted Yellow Pencil at the 2009 D&AD Awards in London.