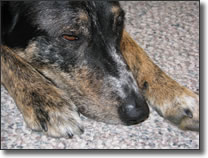 The Food and Drug Administration’s Center for Veterinary Medicine (CVM) has become aware of a human drug recall for Phenobarbital tablets. Phenobarbital is prescribed by veterinarians as an extralabel use for treating seizures in animals.

Other Online Resources About Seizures in Dogs and Phenobarbital